See All of Tim's Positions

Tim's Response to
The Swamp's-Sad-Smear-Campaign

February 15, 2020. You know you’re winning when the Political Establishment has to lie about you and smear your good name—just like they did to Trump before he crushed them, and became the Republican Nominee, and of course, President.

If you’re offended by the idiotic attempts to paint me as a career criminal by a career politician and his special interest cronies, please share this video—and help me defeat the CA GOP establishment, so we can have a real representative in Congress! 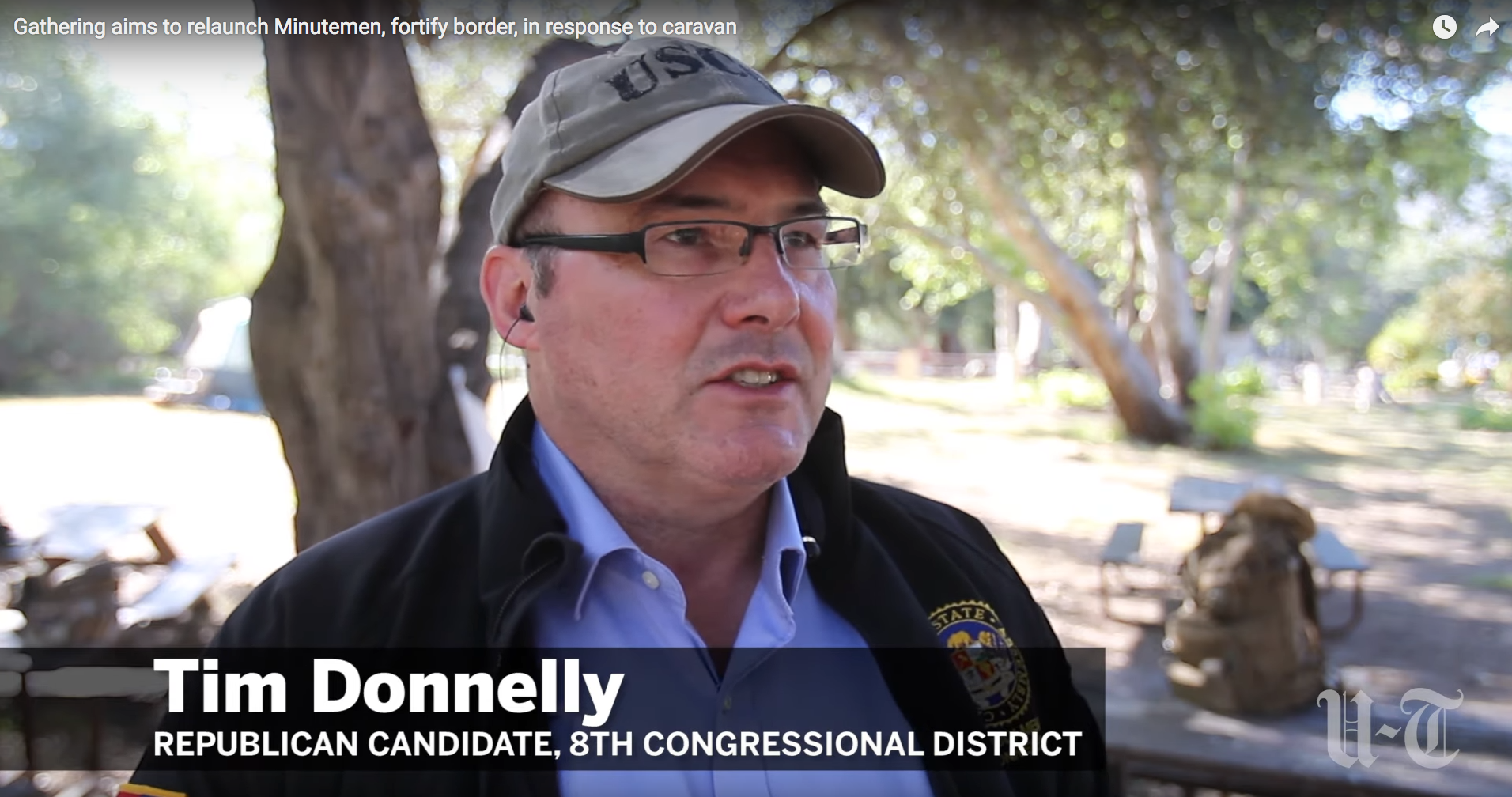 Tim is a former California State Assemblyman—serving 2 terms and was a candidate for California Governor in 2014— winning almost 650K votes.

Tim was born the third oldest of 14 children, moving to California in 1985 with only $300 in his pocket, where he quickly improved his fortunes, graduating from UC Irvine in 1989.  Less than 10 years later, he’d met and married Rowena, started a family and a business at the same time–supplying solutions to the plastics manufacturing sector.

In 2006, Tim became a Minuteman leader, and is now considered one the foremost authorities on illegal immigration in the country.

In 2010, Tim introduced a law similar to Arizona’s SB1070 law in California, ending sanctuary cities, increasing penalties for human trafficking of minors, requiring all employers to use e-verify, and requiring the enforcement of all immigration laws by state and local governments.

In 2013, he led the charge to get Child Protective Services (CPS) audited. That same year, Tim’s bill AB351, the California Liberty Preservation Act of 2013, which nullifies the NDAA in California, was signed into law.

Tim has been a staunch defender of our Civil Liberties, and there is no stronger advocate of the 2nd Amendment in California.

Besides my race for Congressional District 8 on the March 3, 2020 ballot, there are some other important races to look at.

This new Prop 13 deals with school bonds and is a COMPLETE DISASTER.

Currently, there are strict limits on how much bond debt local school districts are allowed to carry.

But hidden in the depths of this new Prop. 13 is a feature that nearly doubles the limits school districts can borrow.

And think that if you're a renter, you're in the clear? Think again.

Your rent is going to skyrocket thanks to your landlord having to pay larger bills.

Bottom line on the new Prop 13: the government gets MORE of your hard-earned money. We MUST vote NO!

A conservative candidate for Congress in California has erected two enormous billboards urging people in his district to pray for President Donald Trump. And he is urging donors to make contributions that will allow him to put additional billboards up across the large district.

“There has been no other time in recent history where President Trump needs your prayers more than right now.” says Tim Donnelly in explaining why he used campaign funds to pay for the full color messages that are seen daily by tens of thousands of California commuters....

The citizen-politician is as much a staple of republican mythology as the citizen-soldier. In our system, when the nation is in crisis, an ordinary person can step forward and, with the support of his neighbors, accomplish extraordinary things. In the movies, this myth is presented through stories like Mr. Smith Goes To Washington.

But in real life, we get the more complicated story of Tim Donnelly, who took on the entire political system of California.....

Send Our President Some Backup!

You already know that these are dangerous times for our Republic.

President Trump is under daily assault, not just by the left, but by the entire political establishment that he has exposed.

The more and more OUR President works to drain the swamp, the harder they work to take him down.

We all know this impeachment attempt is just the latest witch hunt—which began the moment it became clear that Donald J. Trump was going to win the Presidency.

Nancy Pelosi and her impeachment squad aren’t going to stop trying to drive President Trump from office—no matter what it takes.

So, even though I’m confident that he’ll survive this latest assault, the President will need courageous Congressmen, who will never abandon him or the fight!

That’s why it’s so important to send a fearless champion for the President and all the things he’s tried to do on our behalf.

I’m proud to be a Lifelong Republican, NRA Life Member and former California State Assemblyman and Minutemen Leader, who is:

Please stand with President Trump by sending me—Tim Donnelly (former Minuteman Leader and Hardcore American Patriot) to Congress so that I can have his back and stand up and put America First!